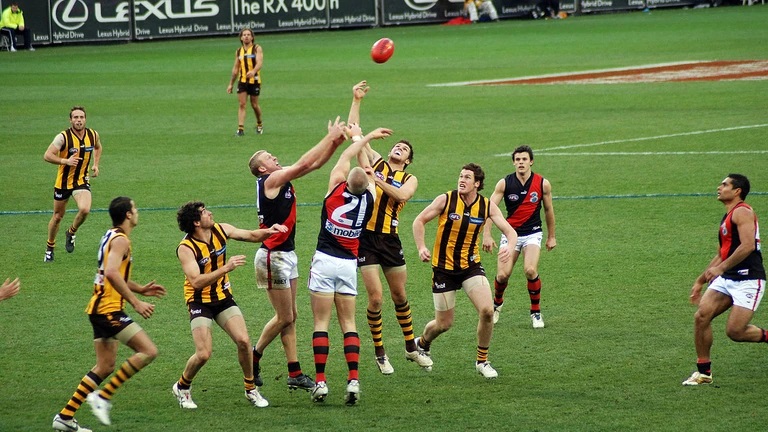 The Australian Football League (AFL), or Footy as they like to call it, has been around for more than a century and holds a major place in the Australian culture today. The game itself is rich in tradition and history as it dates way back to the 1800s. AFL holds immense significance in an Australian’s life. For half of the year, a general Australian will be seen supporting and investing their time and money intensely into this game. So what is the game all about and when did Aussies start obsessing over it?

Here are some interesting facts and rules of the game you should know to understand an Aussie’s dedication towards it.

It’s interesting to know that the AFL is a variant of several different games. At first, it was developed to keep cricketers fit in the off-season, mostly during winter. Then it was influenced by soccer and rugby. But most commonly it is believed that the game was influenced by a traditional Aboriginal game called Marngrook – in which players kick a ball made of animal skin stuffed with feathers.

Footy was developed in Australia and is their national sport, but it is now adapted and played in more than 80 countries around the globe including the USA, Canada, South Africa, Sweden, and Denmark. More than 100,000 people play the game and put their human strength and skill to test.

An interesting rule of the game is that it is neither like rugby nor like soccer. In fact, in footy, teammates are supposed to hand-ball the ball to other players and if they are far, they are supposed to kick the ball to pass it to them. If the other player catches the ball, it will be a mark, which is similar to a penalty where the team is given a free-kick. The game is all about kicking the ball between the goals on the opposite end of the field.

Footy was one of the earliest games that women played in the early 20th century. At a time when women were not considerably welcomed to play any sport that would bring them in the public eye, women started playing the game in their workplaces. Did you know that the AFL-Women league was launched in 2017 with eight teams? The opening of the league attracted as many 25,000 spectators!

The AFL and Gambling Advertisements

Many of the advertisements on the AFL are for gambling and betting. The game attracts a large majority of gamblers and actively promotes sports betting on its websites and on the football ground. Up to 70% of the AFL players continue to be a part of sports betting.  BlueBet is one of the places where one can think of playing their bets and allow fans to place bets on players through an Australian owned bookmaker.

An AFL Game was Stopped For a Pig

In 1993, an AFL game was momentarily stopped because of a pig that was released on the field. The pig was allegedly smuggled into the game played on the Sydney Cricket Ground. The pig was on the loose on the ground for three minutes. The game was paused, and one of the players from Sydney Swans caught the pig, and after that, the game was resumed.

A Good Healthcare Attorney Helps To Bring Your Business With Success

Original Gift Options as Per Your New Year Gifts Now

Get your compensation for your personal injury with the help...