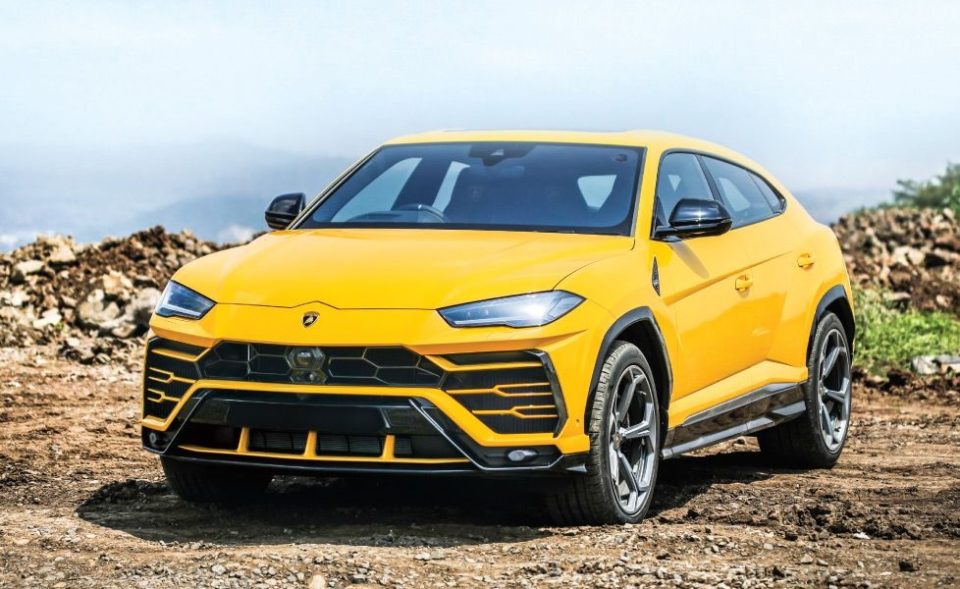 Lamborghini has taken the wraps off its ultimate track-focused version of the Huracan, called the STO. It has been inspired by the Huracan Super Trofio Evo and other GT3 race-spec cars. STO stands for Super Trofeo Omologata. This, what you see here, is a road-homologated model of what won the 24 Hours of Daytona.

The new Lamborghini cars is powered by a naturally-aspirated, V10 engine that makes 631bhp and 565Nm of torque. But it is now 43kgs lighter than the Huracan Performante, since it doesn’t feature four-wheel-drive and gets a lot of carbon fibre treatment for the body panels used on the car. The carbon rear wing appears to be sandwiched, with 20% less carbon material being used while having the same rigidity. The wheels are made from magnesium and the windscreen is lighter than that of the one that was used on the Performante. With the STO, Lamborghni’s aim was to create something different, faster and unique.

The STO isn’t just light, it is very aerodynamics, thanks to all that race-inspired bodywork. This car has been through the mill of wind tunnel testing, which has achieve good balance and downforce, along with reduced drag. At the front, it gets downforce and cooling boosting ducts with a splitter. Just like it its racer version, it too, features wings, a front bumper and bonnet as one-whole-piece. The underbody and rear diffuser have been restructured. Along the sides, you will find NACA intakes that air cooling. On the engine cover, it features an air scoop and a deflector that channel cool into the V10 engine. The shark-fin on top, betters yaw stability while tackling corners at speeds and helps the air flow to the rear wing, which happens to be single-slotted with a dual aerofoil. It can also be manually adjusted. There’s a significant increase in downforce and airflow efficiency over the Performante.

The STO is also faster and lighter because of the tweaks carried out on the chassis, which includes a wider wheel track, MagneRide 2.0 adjustable damping, stiffer suspension and a new anti-roll bar. The STO can be driven on the road, thanks to the damping on offer. Lamborghini has kept in mind the fact this car was designed to be used on and off the track. The steering gets a few adjustments in the form of a direct and fixed ratio. Rear-wheel steering is here to stay and there are three driving modes to play with: STO, Trofeo and Pioggia. It gets two tyre compound options, one for the road, and the other for the track. On the braking front, it features a Brembo CCM-R system.

Inside the cockpit, there’s a lot of carbon that includes carbon-backed sports seats, carbon-weaved floor mats, lightweight door latches and carbon door panels. The cabin is wrapped in Lamborghini’s Carbon Skin material and you can personalise your cockpit too. Also, read the latest car comparisons, only at autoX.

How Is the Government Planning to Redefine the Small Scale...